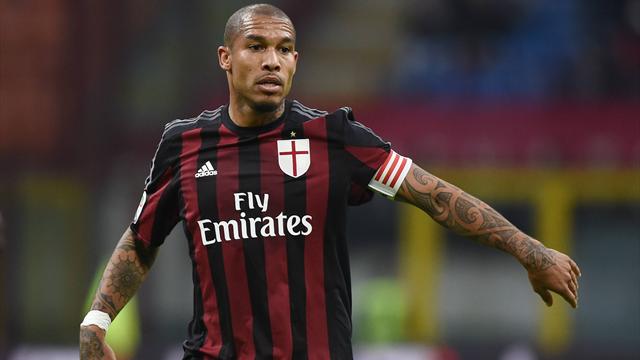 The tough-tackling 31-year-old, who started his career with Ajax Amsterdam and played for Hamburg SV and Manchester City, has represented the Netherlands 80 times.

"There are negotiations underway with LA Galaxy," Milan CEO Adriano Galliani told Mediaset Premium before the Serie A derby game against Inter Milan on Sunday.

De Jong, who spent three seasons with City before joining Milan in 2012, was in the Dutch team who lost the 2010 World Cup final to Spain.

He was widely criticised for making a chest-high tackle on Spain's Xabi Alonso early in the match but escaped with a yellow card.

De Jong could become the latest leading European player to end his career in the U.S., following in the footsteps of former England internationals Frank Lampard and Steven Gerrard.